How does Orcanos Gantt work

It actually functions as a Gantt, you can create projects (which are NOT Orcanos projects), add tasks, manage progress, dependencies, assignments, critical path and more, but the advantage of using Orcanos Gantt is in the native integration to Orcanos system, where you can sync Orcanos items into Gantt and track traceability, planning, and progress in one solution.

Orcanos Gantt is composed by three main subparts/editors: the tasks grid on the left, the Gantt editor on the right, and the detailed task editor in popup screen, used also for resources and assignments.

Note: You can exclude Gantt from specific groups 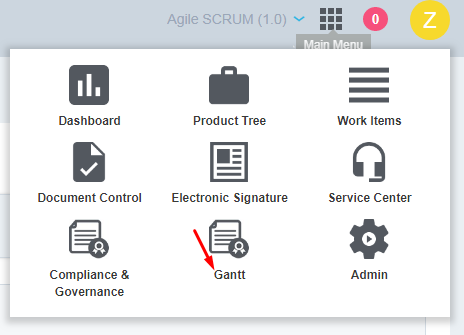 The new project screen opens, and you can setup which groups can work on that Gantt project 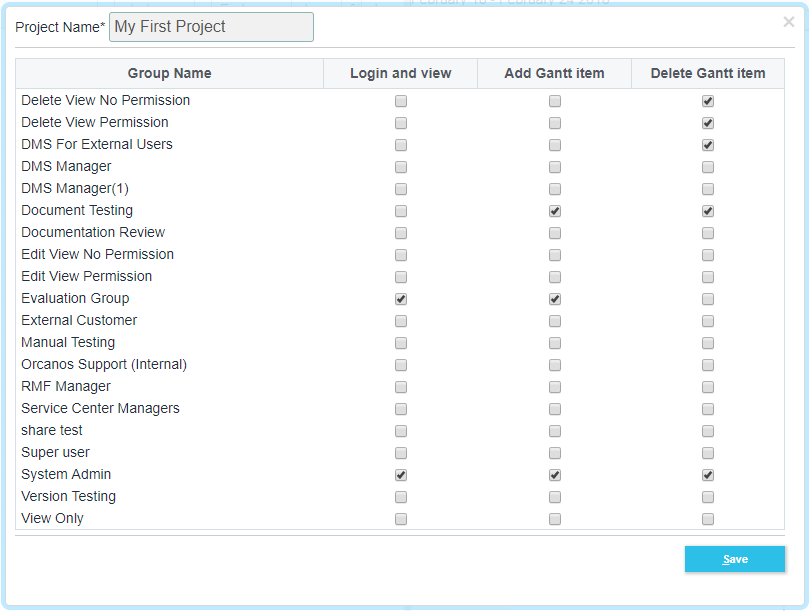 Name your project and setup the permissions to Orcanos groups

In the admin panel->Users and groups->Groups, select specific group, and open the Gant Permissions tab

First – select the specific project. Then, set the permissions to this project

Sync item from Orcanos to Gantt

You can select work item in Orcanos, any item, and add it to the Gantt using the More actions:

Item will be added as the last item in the Gantt

If you add a task later on to the sprint – you will need to add it to the Gantt using the more actions. Orcanos will know to locate it under relevant sprint

When changing the sprint for an item

Chang in items in Orcanos that exists in Gantt

Changing status of item in Orcanos

If Execution group is added, all descendants execution sets will be added automatically underneath

If Execution set contains 10 test cases, and 4 of them were executed, then % completion in Gantt will be 40%

Changes in Gantt items which derived from Orcanos

Only dates will be sync from Gantt to Orcanos

Delete Item in Orcanos which exists in Gantt

Item will be marked as deleted in Gantt